So, you are planning a road trip between Australie’s northernmost capital city, Darwin, and the Western Australie capital city of Perth. The question is, do you need a 4WD (or SUV) to do the trip?

We did this very road trip starting in Darwin and ending in Perth. If you are interested, here is our two-week Darwin to Perth road trip itinerary.

Table des matières Cacher
1 The short answer
2 The long answer
2.1 What are the roads like between Darwin and Perth?
2.2 Are the unsealed roads suitable for 2WD vehicles?
2.2.1 Major unsealed roads
2.2.2 Minor, short unsealed roads to sights and accommodation
2.3 Where do you absolutely need a 4WD?
3 Summing it up

We did the trip in a camper van and can say without a doubt that the short answer to the question, “do you need a 4WD for this road trip” is: No. You don’t. However, you might want one. Let’s look at why in the long answer.

What are the roads like between Darwin and Perth?

The main roads between these two Australian capitals are various highways that combined, form a big part of Australie’s famous Highway 1, a 14,500 km long highway that circumnavigates the country and is the longest national highway in the world.

While it is fair to say that some of these stretches of road are pretty remote, especially between Katherine and Kununurra and much of the North-Western portions of Western Australie, they are still all sealed. The main Highway 1 roads are two lanes, one going in each direction, with the exception of overtaking lanes and entering and exiting some of the larger towns and cities, so they aren’t big roads.

Maintenance of these highways is variable but generally quite good, taking into account how remote they are.

If you follow my itinerary or at least stick to the main Highway 1 route, all the highway and main roads are sealed roads, the only dirt sections you might encounter (there are some on our Darwin to Perth itinerary) are on side roads, usually heading to sights.

Are the unsealed roads suitable for 2WD vehicles?

As for the unsealed side roads, they are generally not that long if they are just diverging off to a sight or somewhere to stay.

These roads are typically fine for 2WD vehicles and there is no need for an SUV or 4WD. Just beware that some might not be wise to tackle in a 2WD during wet weather.

Just note, if you are renting a vehicle, especially camper vans/motorhomes and 2WD vehicles may have clauses about unsealed roads you can and can’t drive on, or for how long. For example, THL-owned brands (Mighty Campers, Britz, Maui, etc) only allow you to drive their vehicles on unsealed roads for up to 2km unless the road is the only access to a designated camp ground.

There are lots of long dirt roads you can take that are alternative routes, including many that are labelled as highways, but they will take you much longer to drive than their sealed counterparts and you are more likely to need a 4WD on these. We generally avoided them on our trip since we had a Mighty Camper with the 2km unsealed road limit.

These unsealed roads will typically have a few big warning signs on them if they are not suitable for 2WD vehicles. The big one to note that often comes up on itineraries or as a must-see is the Gibb River Road in the Kimberley region of Western Australie. This road is explicitly banned on virtually every rental agreement. Don’t ignore the warning signs. This road is might not look too bad from the turn-off, but it is notorious for destroying vehicles.

When it comes to short unsealed roads that are less than 2km and will take you to many of the key sights on the Darwin to Perth route. There is no need for an SUV at all and not really any benefit to the higher clearance.

The biggest benefit to an SUV on these roads is in the larger wheels. Many of the dirt roads are not graded often, so they can get corrugated. You won’t feel the corrugation as badly in an SUV or 4WD with larger wheels. Even so, I’m not convinced it’s worth the extra cost for an SUV if you follow our itinerary.

Where do you absolutely need a 4WD?

There are spots that our itinerary doesn’t go to that would definitely be necessary to have a 4WD.

The roads in Purnululu National Park (the Bungle Bungles) are all dirt, rough, and frequently flooded. We chose to splurge and fly over the Bungle Bungles in a helicopter instead. If you want to actually go into the national park, you will need a 4WD and ensure you are self-sufficient. It can be a pretty slow trek in, even with a 4WD as I understand it, so take camping gear, food and lots of water to spend the night if you end up going in further than you planned.

Similarly, if you wanted to drive yourself up the Dampier Peninsula to Cape Leveque, north of Broome, you really will want a 4WD for this. We did it as part of the Horizontal Falls tour and the dirt road is very rough.

Another area is the Ningaloo region in Cape Range National Park. The northern section from Exmouth around to Yardie Creek is all bitumen. However, a 4WD is necessary to do a water crossing through Yardie Creek if you wish to continue further south. Ningaloo Road, south of Yardie Creek, is dirt and sand all the way to Minilya-Exmouth Road. So you need a 4WD to get through here.

These are all extra things that are not essential. We didn’t do them in the rental van we had, and you won’t be permitted to do them in the majority of rental vehicles.

If you are planning on following our Darwin to Perth road trip itinerary, any motorhome, camper van or other standard 2WD vehicle is perfectly fine!

You won’t be permitted on the major dirt roads in rental vehicles anyway, so if you are planning on taking any of those roads, make sure to check the terms and conditions carefully. Typically there will be a list of roads and/or areas that the rental company does not permit the vehicle to be taken on or to.

That’s it! Do your research and have fun! 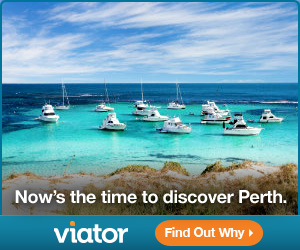