Scotland is known for whisky (also haggis), and with over 130 malt and grain distilleries, Scotland has the highest concentration of whisky production in the world. As a result, most Scotland itineraries include a visit to at least one distillery, if not more. However, if you don’t drink alcohol (like me), whisky isn’t going to be at the top of your list of unique food and drink to try while on a visit to Scotland. Planning a trip to Scotland and want the low down on the Scottish food and drink options to try that aren’t whisky? Here are my top picks!

If you can’t get to Scotland, I’ve included some links to where you can order some of these items for a Scottish feast anywhere in the world!

I never thought I’d see any country that routinely has any soft drink available in quantities to rival Coca-Cola, but in Scotland, IRN-BRU does.

You’ll find IRN-BRU pretty much everywhere, and where Coca-Cola commands the premium shelf-space in other countries, IRN-BRU dominates the soft drink shelves in Scottish stores and supermarkets. 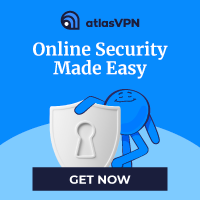 IRN-BRU was released in 1901 and labels itself as a mix of 32 flavours. The actual flavours and formula are a closely guarded secret, but in my opinion, it tastes like creaming soda to start with and ends on a note more like Mountain Dew.

IRN-BRU is so popular, it’s inspired the creation of other goodies too, like this (carefully worded so as not to infringe on any trademarks) Iron Brew Nougat (which almost made the list in it’s own right).

In my month in Scotland, IRN-BRU quickly became my favourite soft drink!

Scottish Tablet is a bit like fudge, except firmer and crumbly, oh, and it’s sweeter. There is also a grainy, almost sandy texture.

In terms of taste, think sweetened condensed milk in solid form. Tablet is traditionally made with condensed milk, sugar and butter, so as a result, it can be extremely sweet.

I love fudge, and tablet is no exception! Just make sure to get your tablet from a smaller manufacturer or bakery that makes it the traditional way. Some tablet you can get in the supermarkets is made using marzipan instead of condensed milk, this makes it more like fudge and less like actual Scottish tablet.

Scottish macarooons are flavoured fondant centred logs coated in chocolate and rolled in desiccated coconut. If you get it from somewhere made the traditional way, the fondant is potato-based. In the supermarkets, it may not be.

On a side note, it is possible to find flavoured versions as well, eg the raspberry macaroon above that I tried.

Scottish Macaroon is a little harder to find internationally, but I found it in a few places!

I know, I know, this article is about things that aren’t whisky, and then I throw in whisky fudge! Hear me out. I decided to include this because fudge is not inherently Scottish, but, whisky fudge certainly is. Combine that with Scottish fudge being a bit more like Scottish tablet than what we would call fudge in Australia, and you have a uniquely Scottish fudge.

If you don’t drink and are interested in getting some idea of what Scottish whisky is all about, this is a way of getting a taste, a very sweet taste.

The exact Highland Park Single Malt Whisky Fudge from Orkney Fudge is not easy to get outside of the UK, but you can order it within the UK from Jollys of Orkney here. Otherwise, you can order other varieties below. Just take care you don’t order an empty ‘collectors’ tin (unless that’s what you want of course).

Shortbread is a biscuit that originated in Scotland and is one of the better known sweets to come from the land of lochs and legends.

En Australia we tend to associate crumbly shortbread biscuits with Christmas and associated festivities, but in Scotland, shortbread is sold pretty much everywhere, all year round and is now readily available in gluten-free form as well.

If you have the opportunity, try shortbread from a Scottish bakery.

Otherwise, Scotch shortbread is available pretty much anywhere around the world now in some form or other with the Walkers brand available in many western countries.

I’d never heard of millionaire’s slice before visiting Scotland, but there, it’s everywhere. It turns out, it’s just like an Australian caramel slice but from what I understand, bakers use more golden syrup in the caramel making it sweeter than what we would call caramel slice here in Australia. Because everything sweet in Scotland is extremely sweet.

It’s unknown if millionaire’s slice originated in Scotland, or Australia, or somewhere else, but the friendly bakers at Dunvegan Bakery, the oldest bakery on Skye, explained to us that the base is made from shortbread followed by a layer of soft caramel and topped with chocolate. That’s pretty much caramel slice, right?

Made properly, we were told the caramel is made from sweetened condensed milk with golden syrup. This is where it differs from the typical Australian recipe that uses a blend of sugar and golden syrup.

Millionaire’s slice is increasingly being presented with gold decoration on top in recognition of the millionaire name, but this isn’t essential and doesn’t usually add anything to the flavour of the slice.

Visit a couple of cafes and bakeries, and you’ll soon discover that something called an “Empire Biscuit” is commonplace in Scotland.

The helpful folk at the Dunvegan Bakery told us that an empire biscuit is made from two large, round shortbread biscuits with jam sandwiched in between. The double layer biscuit is then topped with icing and a single jelly lolly (usually a jube) is placed in the centre.

Shortbread, jam, icing, lolly. Yep, an empire biscuit is also a very sweet biscuit, and it is yum!

Bere is an ancient form of barley that, until recently, was grown exclusively on Orkney. Orkney-grown bere is milled into beremeal at the Orkney Barony Mill and from there, it is used to make a variety of baked goods, including beremeal biscuits.

Beremeal biscuits are one of the most unique biscuits I tried in Scotland, in large part due to them not being sweet. Wait, what?

Scottish biscuits not sweet? No way?!?!

Beremeal biscuits are a savoury biscuit with a course, grainy texture. These biscuits are very dry though and will suck the saliva right out of your mouth. It’s a weird sensation. I reckon they go great with a good dip or cheese!

Sidenote, beremeal biscuits can also be sweet biscuits, but that’s not what we tried.

I couldn’t find anywhere to order these online, but, if you are keen to try your hand at making your own beremeal biscuits, you can order ground beremeal directly from the Barony Mill website or from Amazon.com here.

Black pudding. What do I say about black pudding. Besides haggis, black pudding might be one of the more well-known exports from Scotland. For those of us that did not grow up accustomed to it, the concept of black food that is not an Allens lolly is disturbing to say the least. Black pudding can be found at many butchers in Australia, but I don’t think I know anyone that routinely purchases it. Or that ever purchases it, or that has even tried it.

There is something about it that is just unappealing. Add to this that pork is frequently an ingredient, and I don’t eat pork, it makes it hard to try. Then there is the part where it’s largely animal fat and blood. It really doesn’t sound appetising.

However, it is worth trying if you can find a version that is suitable for you. Many cafes now sell a vegan black pudding and it is readily available in supermarkets.

I tried a vegan black pudding that we got at the supermarket and really enjoyed it. As weird as it still is, it’s much easier to stomach knowing that it isn’t primarily fat.

The vegan version is absolutely worth a try!

Haggis, the Scottish dish that is perhaps most infamous and that has to be included in any list of things you must try in Scotland. In the supermarkets, haggis comes in a loaf form, kind of like deli sausages. Some places also have it in a tin. Cooked up, it looks kind of like fried beef mince. And of course, you can get it delivered outside of Scotland too!

As far as taste goes, it is quite similar to beef mince as well, though there may be some spices added. The big difference, at least in my opinion, is in texture. Haggis has a slightly gritty, slightly chewy texture and feels fatty in your mouth.

The gritty texture, I suspect, can be at least in part attributed to the presence of oatmeal given the similar effect of coarse cereals in black pudding and beremeal biscuits.

Personally, I quite like the flavour, but I’m not a fan of the fatty feeling or the chewy texture.

There are vegan and vegetarian versions of haggis available in many supermarkets and restaurants as well. I was hoping to try one of these but ran out of time after our trip was cut short due to coronavirus.

If you get a chance to try haggis, do it. As infamous as it is, this dish tastes great!

I’ll be honest though, I am about 100% certain I’ll like the veggie varieties more than the original. 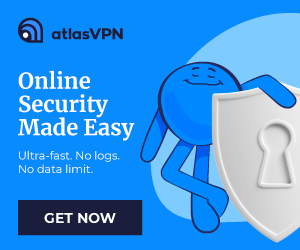 For good measure, you can also get haggis spiced chocolate like this one we found from Chocolate Tree, or this one that you can order on Amazon (for USA readers) or eBay (Australian and UK readers) – you know you want to. 🙂

BONUS: Things I missed out on that I want to try next time

A potato scone is a pretty cool idea. Kind of like the fondant in a Scottish macaroon, mashed potato is the base ingredient. Mix with flour and butter then cook on a griddle. Serve as a savoury or sweet accompaniment.

These scones are a flat bread and much denser than a typical scone and it’s absolutely fascinating to see another way that the Scots have incorporated potato to reduce the need for wheat.

Mashed turnips and potatoes, because, like all good Scottish food, potatoes make it better! Mashed potatoes with mashed swedish turnips (which we just call swedes here in Australia), alongside some haggis.

A Scottish fish soup that you’ll see served in almost every cafe. It’s based around smoked haddock, potatoes (of course), and onions.

Another kind of Scottish flat bread – I’m keen to try beremeal bannock from Orkney as well as a mainland barley or oatmeal bannock.

The Barony Mill produces a number of other baked goods from beremeal and provides recipes on the Birsay Heritage Trust website for your own beremeal baking. We didn’t have time to try all of these, but ideas to try include beremeal scones and chapattis.

What are your favourites?

What are your favourite Scottish things to eat and drink that aren’t whisky? Is there something I missed that should really be on this list and that I should try next time I visit Scotland? Let me know in the comments below!