I’ve had Zumbo’s desserts once before, and this is what I wanted to get for my birthday yesterday. So we headed into the Star Casino in the evening to see what was on offer.

Unfortunately, I was a bit disappointed as the only real options were Zumbo’s version of macarons: Zumbaron’s. The cakes and other desserts were very light on. I don’t blame them, though, it was a Monday evening after all. Compared to last time I went though when the place was packed in the evening it was a big difference.

I settled on half a dozen Zumbaron’s, an individual Scuro Cake, and an Individual salted caramel tart. Originally I was going to get two of the tarts as well as the Scuro because Tammy and I both love salted caramel, but unfortunately, there were only two left and someone else got the other one just before us!

Unfortunately, we were a bit disappointed with it, though. The caramel itself was excellent, and actually had two textures, a firmer outer layer of caramel and then a soft, runny inner layer. It was a little bit weird to start with, but overall very enjoyable. I assume the other section is the salted caramel sponge since it is firmer, and then the inner part is the salted caramel. Finally, the yellow mouse/creamy substance on top is the salted caramel cremaux. All of these parts tasted great.

What was disappointing though was the base. I know it’s a tart, and so the base does have to be a crisp tart base that crumbles easily, but really nothing at all stuck together. It broke into the finest pieces of pastry, I found it quite hard to eat and kept getting bits stuck in my throat that caused a coughing fit almost every time I had some on my spoon. It was quite unpleasant. After looking up what pate friable means, I take it to mean that it’s a base that will crumble easily, so it is what it was described to be, and fortunately the base did taste quite nice, I just did not find it pleasant to eat, unfortunately.

I was also a little disappointed to find that the pink Zumbo circle was just cardboard and not some kind of printed chocolate or something like that. It just didn’t seem to fit with the upmarket styling that is Adriano Zumbo.

I had no idea what a ‘scuro’ was, but I know that it looked good in the window. In store and on his website Zumbo describes this one as:

And I have to say; it tastes as good as it sounds. As you might have guessed, my favourite layers were the caramel flourless cake and the caramel cremaux. But combined, all these layers were sensational. It’s also worth mentioning how thin the chocolate was on one side of the cake. It was barely 1mm thick and snapped literally under its own weight if you tried to pick it up, the other side was double the thickness. I’m not sure if it’s meant to be or not.

I decided to look up scuro because I was curious as to how this cake got its name.

According to Wiktionary, scuro has a few meanings:

So the name fits! It is dark coloured, but it also has protective panels of chocolate over windows of each layer.

Again just a little disappointed that the Zumbo label is cardboard and not white chocolate or something like that, but nevertheless, I highly recommend this one!

Zumbo’s Zumbaron’s are a pretty amazing take on your typical macarons. I’m a fan of macaron’s, so I am always keen to try more of Zumbo’s creations here.

One thing to be aware of when buying Zumbaron’s is that if you don’t want many, don’t be tempted by the larger boxes. They work out exactly the same price per each whether you get 1 or 30. The only discount is for the 40 shades of Zumbo pack which is about 2.5c off per Zumbaron (over 40 Zumbaron’s that’s only $1 off in total anyway).

That said if you like macaron’s and you know you’ll get through them, dig in because they are some of the best macarons’s I’ve ever tasted.

As we were already getting the two individual desserts, I decided to just get a 6-pack of Zumbaron’s.

From left to right in the photo above, I chose:

Both Tammy and I agreed that the two top picks were berry brulee and salted butter caramel on toast. All of the Zumbaron’s were delicious, but those two stood out above the rest. If you like berry’s or caramel, definitely give these ones a try!

At $9 each for the individual desserts (at the time of writing), in my opinion they are a good price. You can pay that much or more for something of lesser quality at a restaurant. Similarly, at $2.50 each (at the time of writing) for the Zumbaron’s, you can expect to pay a similar price for macarons at most other places that make them, so again, you are looking at a pretty good price for the quality and taste you are getting.

Unfortunately being at the Star Casino it’s a bit of a pain to get to from North Sydney, and parking can be pricey, but for a special treat, it is well worth it in my opinion! Just don’t go in the evening on a weekday, there won’t be much to choose from, brave the city during the day if you can or go at night on the weekend and you should be able to get a better selection. 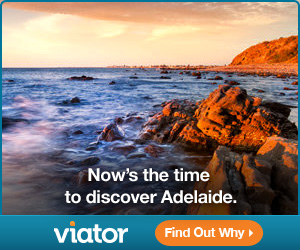